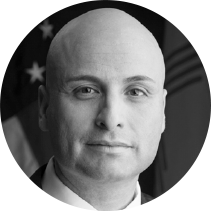 On Tuesday, Nov. 4th, 2014, Hector Balderas was elected the 31st attorney general for the State of New Mexico.

Hector is committed to serving as the people’s advocate and voice, and will work to protect New Mexico’s families by focusing on economic security and public safety.

Hector was raised by a single mother in the small village of Wagon Mound, N.M. Growing up in public housing and on food stamps, he learned the importance of compassion and respect, and gained the conviction that everyone – no matter their background – deserves the same opportunities to succeed. Through hard work and by overcoming financial hardship, Hector earned degrees from New Mexico Highlands University and the University of New Mexico Law School. He became the first person from Wagon Mound to graduate from law school and become an attorney.

After law school, Hector turned down opportunities to work in the private sector and instead chose to pursue his passion for public service. He became a Bernalillo County Assistant District Attorney and quickly earned a reputation as a fierce advocate for fairness and justice.

In December 2003, Hector returned to Wagon Mound with his wife and three young children to give back to his rural community. At age 29, with no prior political experience, Hector ran for a seat in the New Mexico House of Representatives and won by a two-to-one margin. During his tenure as State Representative, Hector brought Democrats and Republicans together to pass sweeping legislation to strengthen penalties for sexual predators; establish incentives for clean energy; invest in rural public schools; enact reforms to the criminal justice system; crack down on drunk drivers; and protect consumers from price gouging in times of emergency or disaster. Hector’s bipartisan approach and legislative accomplishments led to recognition of his work by a diverse set of groups, ranging from the Greater Albuquerque Chamber of Commerce to the League of Conservation Voters. The New Mexico State Bar Association also acknowledged Hector for his achievements by naming him Outstanding Young Lawyer of New Mexico for 2006.

While serving as State Representative, Hector became frustrated by the lack of accountability for local and state officials who wasted and abused taxpayer dollars without consequence. Pledging to New Mexicans to bring transparency to government’s financial affairs, Hector was elected New Mexico’s State Auditor in November 2006. At the time of his election, he became the youngest Hispanic statewide elected official in the country.

As New Mexico’s State Auditor, Hector inherited an underfunded office with audit oversight of $60 billion in assets collectively held by over 1,000 government entities. He immediately pursued an aggressive agenda designed to protect taxpayer funds and hold government agencies accountable. During his time in office, Hector’s effort to target corruption yielded historic results. His special audits and investigations exposed rampant financial mismanagement of taxpayer funds at New Mexico’s regional housing authorities; revealed questionable public land deals given to private contractors by a former state land commissioner; identified the misuse of state vehicles at the New Mexico Public Regulation Commission; found over-billing by private contractors at the New Mexico Corrections Department; and uncovered evidence related to the New Mexico Finance Authority’s issuance of a fraudulent audit report for 2011. His special audit of the City of Sunland Park, which found widespread violations of law by certain city officials and employees, resulted in the first state government takeover of the management of a city. In addition, Hector’s auditors uncovered the largest public school embezzlement in state history: a $3.3 million embezzlement scheme at the Jemez Mountain School District. Hector also led efforts to reform state laws to impose penalties on governments that fail to submit audits and to bring financial relief to rural governments struggling to pay high audit costs.

Hector’s record of strengthening accountability in state and local government agencies has been lauded by independent groups and by New Mexico’s voters, who re-elected him in 2010 with overwhelming support from Democrats, Republicans, and Independents. Also in 2010, Hector was awarded the New Frontier Award by the Harvard Institute of Politics and the John F. Kennedy Library Foundation. The annual award is given to Americans whose contributions in elective office or community service demonstrate the impact and value of public service in the spirit of John F. Kennedy.

Hector lives in Albuquerque with his wife Denise and their three children, Hector Reyes Jr., Mariola, and Arianna. He is licensed to practice law in New Mexico and is a Certified Fraud Examiner. In addition, he donates his time promoting financial literacy for at risk youth and advocating for the special needs community. 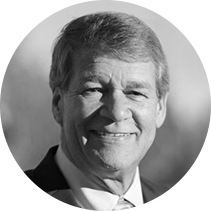 Attorney General Wayne Stenehjem was born in Mohall, North Dakota. He graduated from the University of North Dakota and received his law degree from the UND School of Law in 1977. He is married to Beth Bakke Stenehjem and has a son, Andrew.

Stenehjem was elected to the North Dakota House of Representatives in 1976, serving for two terms until his election to the ND Senate in 1980. He served for twenty years in the Senate until his election to the Office of Attorney General. Stenehjem served on the Judiciary Committee throughout his tenure in the Legislature, and was Chairman of the Senate Judiciary Committee from 1995-2000. He was elected President Pro Tempore of the Senate for the 1999 Legislative Session.

Wayne was named one of Ten Outstanding Legislators in the US by the Association of Government Employees, and is the recipient of “Champion of the People’s Right to Know” award; SBAND Legislative Service Award; “Friend of Psychology” award; the 2005 North Dakota Peace Officer’s Association’s Lone Eagle Award, was inducted into the Scandinavian American Hall of Fame in 2007, and was named the 2011 Bismarck State College Alumnus of the Year. An Eagle Scout since 1968, Attorney General Stenehjem was honored with the Distinguished Eagle Scout Award in 2013. 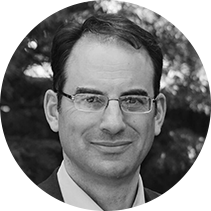 Phil Weiser is the 39th Attorney General of Colorado. As the state’s chief legal officer, Weiser is committed to protecting the people of Colorado and building a law office that will serve all Coloradans effectively. Previously, Weiser served as a Professor of Law and Dean of the University of Colorado Law School, where he founded the Silicon Flatirons Center for Law, Technology, and Entrepreneurship. Weiser held senior leadership positions in the Obama administration, appointed to serve as a Deputy Assistant Attorney General in the U.S. Department of Justice and as Senior Advisor for Technology and Innovation at the White House’s National Economic Council. Earlier in his career, Weiser co-chaired the Colorado Innovation Council and served in President Bill Clinton’s Department of Justice. After graduating law school, he worked in Denver for Judge Ebel on the Tenth Circuit Court of Appeals and held two clerkships at the United States Supreme Court, for Justices Byron White and Ruth Bader Ginsburg.

Phil lives in Denver with his wife Dr. Heidi Wald, and their two children. 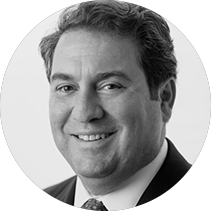 Pronounced, “Burn-O-Vich”, Mark is the son of an immigrant mother who legally emigrated from the former Yugoslavia in the 1950s to escape the horrors of communism.

Mark met his wife Susan while they both worked as prosecutors for the Maricopa County Attorney’s Office. Mark worked in the Gang/Repeat Offender Unit and prosecuted many difficult and high profile cases from 1992 to 1998. Always interested in new challenges, he went on to work at the Arizona Attorney General’s Office (1998-2003) and represented the Arizona Department of Gaming, where he developed an expertise in gambling law.

Mark previously served as the Director of the Goldwater Institute’s Center for Constitutional Government, and authored numerous studies, articles, and briefs advocating for free markets and individual liberty. He also briefly served as a Senior Director for the Corrections Corporation of America before returning to his roots as a prosecutor and public servant. Mark has served as an Assistant United States Attorney where he prosecuted public integrity crimes, as well as, crimes occurring in Indian Country.

He left the U.S. Attorney’s Office to serve the people of Arizona as the Director of the Arizona Department of Gaming, a law enforcement agency that investigates illegal gambling activity and coordinates efforts with tribal regulators to ensure the integrity of tribal gaming. During his four-year tenure, the Department seized hundreds of illegal gambling devices for the first time in the agency’s history, led investigations, and assisted in the prosecution of illegal gambling operations. The Department also streamlined the vendor certification process and proactively worked with tribal gaming operations to reduce the number of compact violations during every year of his tenure. Mark and Susan have two children, who attend charter schools in Phoenix. They have two dogs and enjoy hiking, dinner with friends and family, as well as, various sporting activities. Mark is also a huge Grateful Dead fan.

Mark was sworn into office as Arizona Attorney General on January 5, 2015.